Natural gas is the world’s main source of methane, widely used as a fuel and a chemical feedstock, but it often contains unwanted gases such as hydrogen sulfide and carbon dioxide. KAUST researchers have now developed a membrane that can remove these contaminants in a much more energy-efficient way than conventional processes that rely on chemical washes.

The membrane is based on a crystalline metal-organic framework (MOF) material. MOFs contain pores that can be tailored to allow certain gas molecules to pass through while blocking others. In principle, MOFs could be used with flexible, robust polymers to produce practical separation membranes, but until now it has been difficult to unite the materials without curtailing their desirable properties.

To solve this problem, the KAUST team developed a new three-part strategy to bring a MOF and a polymer together into a mixed-matrix metal-organic framework (MMMOF) membrane. First, the researchers identified a MOF, called KAUST-8, whose pores form tiny channels that are large enough to fit molecules of hydrogen sulfide and carbon dioxide but not methane. 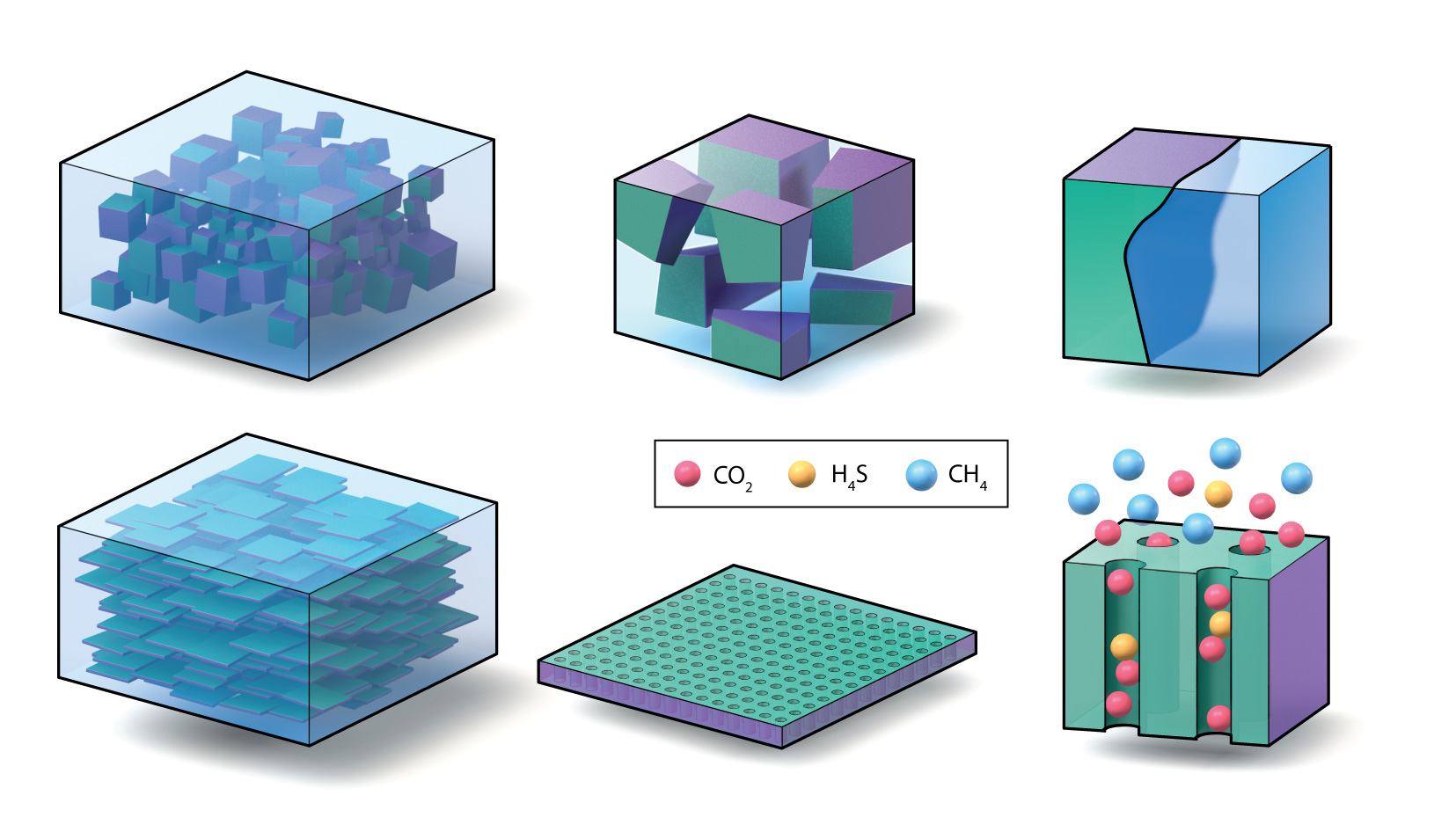